“Ethical Markets highly recommends this update on the inspiring work of all the futurists participating in the Millennium Project.  I am honored to be a member of its Planning Committee.

1. What’s Next for the COVID Pandemic?

3. TIA for Pakistan ‘s State of the Future Index

4. The Philippines Becomes the 67th Node

1. What’s Next for the COVID Pandemic?

Three Futures of the COVID-19 Pandemic in the United States: January 1, 2022.report includes three scenarios, each about 10 pages of rich detail describing how the future of the Pandemic may evolve to 2022.  “These scenarios are the best integration of medical, health, socio-economic, and psychological factors of the possible future courses of the COVID pandemic we have,“  Trevor Riggen, Sr. VP American Red Cross. The three scenarios incorporated input from over 250 medical doctors, public health professionals, emergency relief staff, economists, and futurists in five US and international Real-Time Delphi studies (a unique interactive survey process). These studies assessed the possible best, worst, and most likely conditions by January 2022. The scenarios are:

The three scenarios, plus an introduction, executive summary, conclusions, detailed lists of implications, readiness, and list of low probability events that could change the scenarios can be downloaded at: http://www.millennium-project.org/covid-19

This will be the eighth year that futurists and the general public will conduct a 24-hour, round-the-world conversation on the future on March 1 at 12 noon in whatever time zone you are in. Each year, total strangers discuss ideas about possible worlds of tomorrow in a relaxed, open, no-agenda conversation. Futures research is shared, collaborations are created, and new friendships are made. Co-sponsors with The Millennium Project are: Association of Professional Futurists; Humanity+, UNESCO’s Global Futures Literacy Network; World Academy of Art and Science; and World Futures Studies Federation. The Zoom link and updates will be posted at: http://www.millennium-project.org/world-future-day-24-hour-round-the-world-conversion-on-the-future/ 3. TIA for Pakistan’s State of the Future Index

Puruesh Chaudhary, Chair of the Pakistan Node of The Millennium Project worked with Ted Gordon, the inventor of The Trend Impact Analysis to show how 50 potential developments could influence the Pakistan State of the Future Index (composed of 32 variables) over the next ten years. “As we stressed tested these developments, our findings lead us to believe that despite much of the upheaval the country still continues to emerge as improving; said Puruesh Chaudhary. 4. The Philippines Becomes the 67th Node 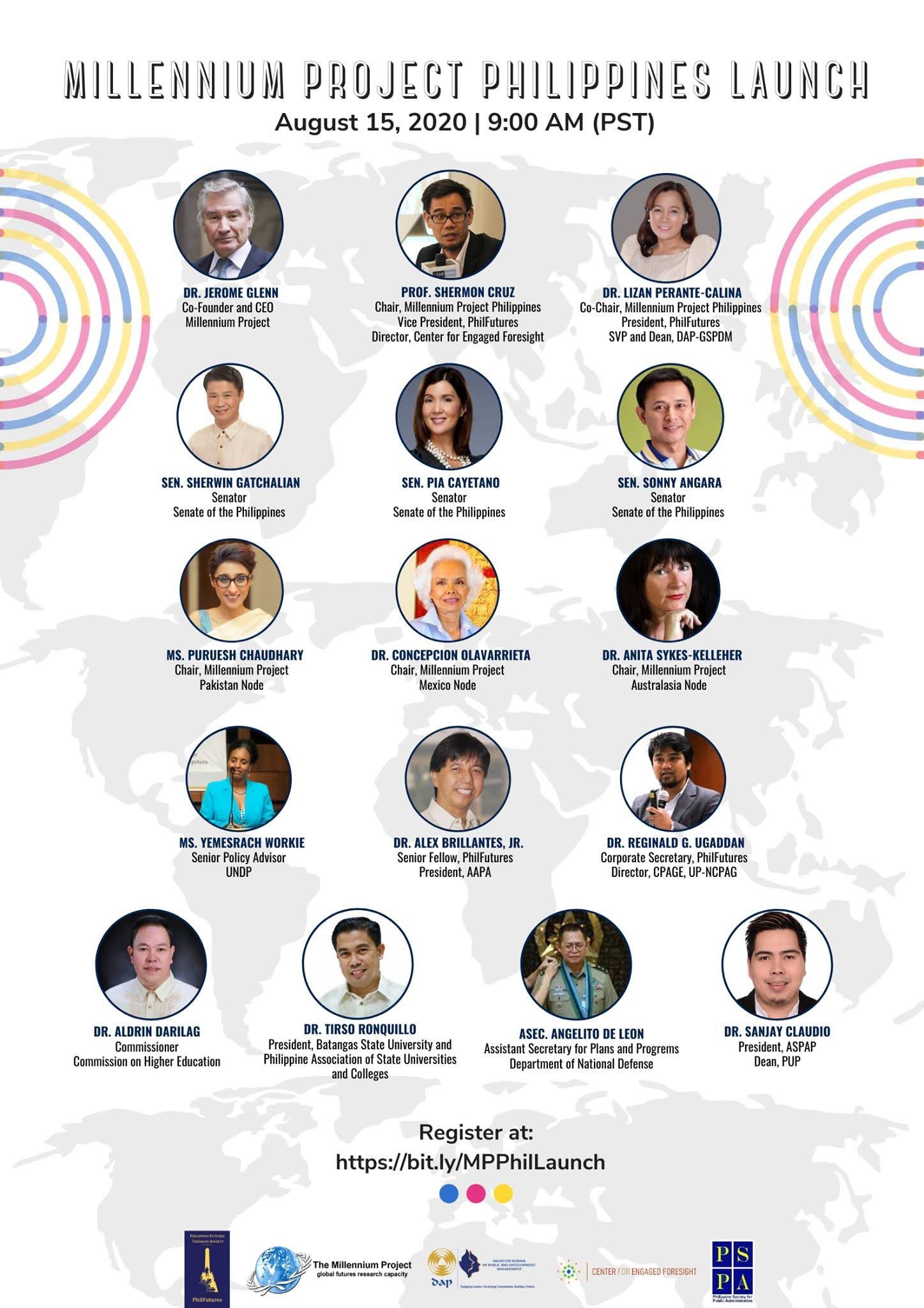 If you would like to see a short 2 to 3 minute video of a Millennium Project Node report from a specific country, you can now go to https://www.youtube.com/channel/UC_VYU-OmDxOzlYJRUAJBVQg/videos and click on the country you want.

The first virtual annual meeting of RIBER (Red IBEroamericana de Prospectiva, i.e., Ibero-American Futurists Network) was held by Zoom on May 16, 2020. Individual and common projects were reviewed from all the Nodes, plus two continuing research studies: “Iberoamerica 2050: 15 Global Challenges” led by Concepción Olavarrieta from Mexico, and “Latin America 2045: Delphi Survey and Future Scenarios” led by Jose Cordeiro from Venezuela and Spain. The best regional projects and foresight books were also recognized during the meeting. The Mexican Node is also finishing its “MEXICO 2050: 15 Global Challenges” to be published by Penguin Random House. The Spanish and Portuguese translations of Work/Technology 2050: Scenarios and Actions were also commented and promoted. All RIBER Nodes are also promoting World Future Day for an international virtual event for Ibero-America on March 1, 2021, coordinated by Fernando Ortega from Peru and Lydia Garrido from Uruguay, as well as participating on the global 24-hour event organized by the Millennium Project, with regional coordination provided by Concepcion Olavarrieta from Mexico and Rosa Alegria from Brazil. More information at  Riber – proyectomilenio.org. RIBER was created by The Millennium Project Node Chairs of Latin America and Spain. It now welcomes others working in futures research in Ibero-American countries as well.

FEN’s last virtual annual meeting took place on the 26th of November with over 60 participants. FEN underlined the will to strongly cooperate with the EU institutions hosting a keynote speech by Mr. Dimitri LORENZ, ANI, Team Leader for Strategic Foresight, Secretariat General of the European Commission, and a special participatory session designed by the JRC Policy Lab. During the FEN meeting, the new FEN leadership was announced comprising by Epaminondas Christophilopoulos (Chair), Ania Sacio-Szyma?ska (Vice-Chair), and Nicolas A. Balcom Raleigh (Vice-Chair). The next FEN meeting will take place in the context of the upcoming Futures conference (7-9 June, 2021).
FEN was created by The Millennium Project Node Chairs in Europe and the European Regional Foresight College, but is open to others and has grown to over 100 Members.  More information at: http://www.feneu.org/ 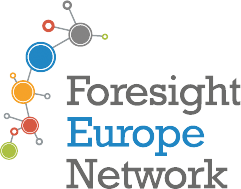 The Millennium Project Planning Committee’s Real-Time Delphi rated anticipatory governance as a priority along with the future of work. Now that the three-year study Work/Technology 2050: Scenarios and Actions is published and the COVID Scenarios are complete, we can return to anticipatory governance with the application of Global Governance of the Transition from Artificial Narrow Intelligence to Artificial General Intelligence.

An international assessment of how to govern the potential transition from Artificial Narrow Intelligence (ANI) to potential Artificial General Intelligence (AGI) is needed. If the initial conditions of AGI are not “right,” then it could evolve into an Artificial Super Intelligence (ASI) that Stephen Hawking,  Elon Musk,  and Bill Gates have warned could threaten the future of humanity. There are many excellent centers studying the ethical issues of ANI, but not potential global governance models for the transition to AGI.

It is argued that creating rules for governance of AGI too soon will stifle its development. Expert judgments vary about when AGI will be possible; however, some AGI experts believe it is possible to have AGI as soon as ten to fifteen years. Since it is likely to take ten to fifteen years to: 1) develop ANI to AGI international or global agreements; 2) design the governance system; and 3) begin implementation, then it would be wise to begin exploring potential governance approaches and their potential effectiveness now.

We are nearing the completion of reviewing related research producing a detailed concept letter, and will be seeking financial sponsors soon. If you are a potential sponsor of this work, please contact [email protected] 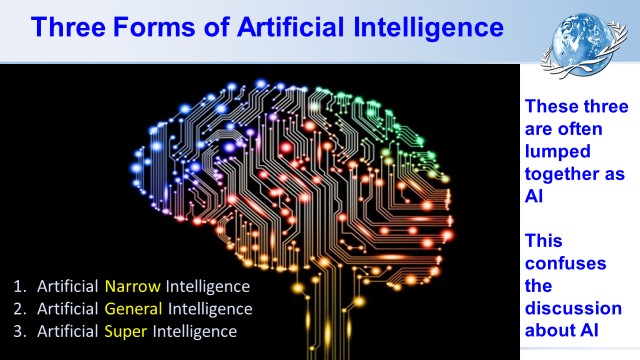 The Millennium Project is a global participatory think tank founded in 1996 under the American Council for the United Nations University. It became an independent NGO in 2009 and has grown to 67 Nodes around the world, produced 58 global futures research studies, published 19 State of the Future reports, produced Futures Research Methodologies 3.0, invented and manages the Global Futures Intelligence System, and has supervised over 350 Interns.