EVOLUTIONARY ROUND TABLE AT THE UNITED NATIONS

The Evolutionary Leaders followed up on their June gathering at the United Nations with an Evolutionary Round Table on October 29, 2013.

Bruce Lipton and Gregg Braden are both distinguished scientists, best-selling authors and Evolutionary Leaders. They joined with esteemed members of the United Nations community to offer new perspectives on science and society that can radically shift our approach to the challenges facing our world today.

Gay Rosenblum-Kumar hosted the event as part of a series of “brown bag lunches” by the Interagency Framework Team on Preventive Action on innovative approaches to issues facing UN staff members in their work at headquarters and around the world. Azza Karam, Senior Advisor on Culture at the United Nations Population Fund (UNFPA) and chair of the UN Inter-Agency Task Force on Faith-Based Organization partners on the MDGs and development, facilitated a dialogue with members of the UN community from various departments and agencies, including UNDP, UNEP, UN DESA, and the Office of the Secretary-General, along with NGOs and media.

Gregg addressed creating resilience to prepare us for the unprecedented change that lies ahead. The reality of climate change will necessitate learning to adapt to new norms, letting go of old beliefs to shape a new way of life for a world that has yet to unfold. The technologies required are already available – for energy, food production, etc. Gregg offered examples of local communities around the world that are leading the way.

Bruce stated that we are literally transforming into a new species at this time. He noted that the United Nations brings people together in projects to share new ways of behavior. But we must learn how to rewrite the limiting beliefs that have been passed on for hundreds of years so that the new ways can flourish. We can create a brilliant, dazzling world for us to live in, a world of heaven on Earth.

Look for future Evolutionary Round Tables at the United Nations and other places of influence.

Generation Waking Up, founded by Evolutionary Leader Joshua Gorman, is a nonprofit organization igniting a generation of young people to bring forth a thriving, just, and sustainable world. http://generationwakingup.org

Generation Waking Up has created a 3-minute video to introduce you to GenUp programs that can be offered at your school, in your community, and at trainings and conferences. 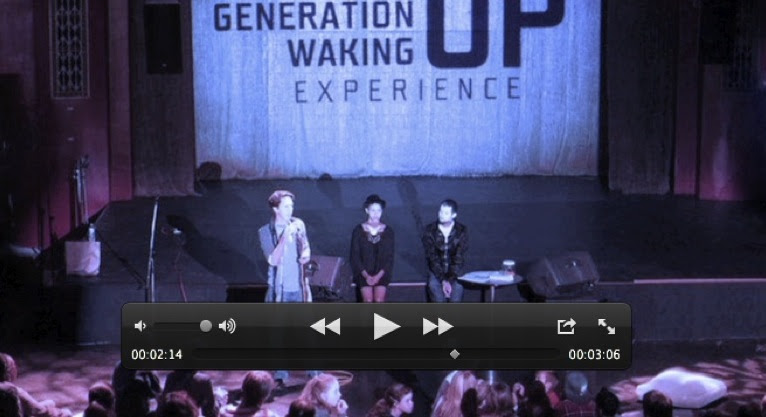 A powerful call has gone out from first peoples after elders came from north and south to meet around council fires. The Indigenous Elders and Medicine Peoples Council Statement on Fukushima is a cry from the heart of Mother Earth for a return to balance and harmony before it is too late.

Fukushima Response is mobilizing an international effort to address the escalating issue in Japan. You can learn the truth and join the campaign athttp://fukushimaresponse.org.

More than 40,000 people from all over the world registered to participate in the 4th annual Global Oneness Day on-line summit on October 24, 2013, and tens of thousands of others participated in programs in their community!

This free virtual event, beautifully organized by Humanity’s Team and the Association for Global New Thought on The Shift Network, featured 14 members of the Evolutionary Leaders circle.

Global Oneness Day brought global and grassroots leaders together with the powerful and profound message that We Are All One – a perfect message for the new year.

At the United Nations

Sustainable Development – What Are Your Priorities?

The Evolutionary Leaders circle invites YOU to get involved in choosing the priorities to be addressed over the coming years by participating in the MY World global survey for citizens led by the United Nations and partners.

MY World asks individuals which six of sixteen issues they think would make the most difference to their lives. The issues, which have been determined from the priorities expressed by poor people in research and polling, cover the Millennium Development Goals, plus sustainability, security, governance and transparency.

From now until 2015, people of all ages, genders, and backgrounds in as many countries as possible will take part in MY World. Results will be shared with the Secretary General and global leaders as they prepare the next development agenda in the run-up to 2015.

New Thought on the News

Series by the Association for Global New Thought

AGNT brings you a free monthly tele-gathering on hot topics in the news as seen through the evolutionary lens of New Thought spiritual principles.

Each month, members of the AGNT Leadership Council team up to select newsworthy issues that affect you, your community and the world, offering radically new interpretations of the stories we’re being told by the mainstream media. Hear discussions of conscious approaches that can help us respond with realism, strength and vision to the challenges we face.

Hear more of these stimulating programs at https://www.agnt.org/nt-news

Director of the Meditation Museum in Silver Spring, Maryland, and of the Brahma Kumaris worldwide spiritual organization, has honored the Evolutionary Leaders with two weeks of interviews on her Blog Talk Radio program, “America Meditating.” Starting on Monday, January 13, you can hear a different Evolutionary Leader each morning at 8:00 Eastern time, or listen to their interview any time after that.