“Ethical Markets shares the misgivings of so many experts, central bankers, politicians and citizens about trusting Facebook’s plan to issue its Libra currency. We have posted links to many experts’ critiques and to  C-SPAN Hearings on this matter in the US Senate and Congress Committees at www.ethicalmarkets.com.

This article by our expert colleague Prof. Joseph Huber, author of Sovereign Money (2018) and many other  treatises on the role of money-creation and its relation to governments’ other major responsibilities for administration, rule of law, jurisprudence, taxation, regulation and the use of force, is by far, the most penetrating analysis.  Huber covers the likely scenarios and possible threats posed by Libra, on top of those from shadow banking, bank-created money and other new forms of privately-issued digital currencies. A must read!

Facebook’s Libra project of a global digital currency. An assessment 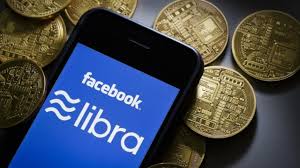 In June 2019 the Facebook-initiated Libra Association presented a White Paper on its project of a private global currency and payment system to be launched in 2020, called Libra. The paper presented here makes an assessment of the Libra concept.

The name Libra refers to an ancient Roman unit of mass. In Latin, libra means balance as well as pound. The Libra will be a permissioned blockchain digital currency, a so-called stablecoin, in this case pegged to a basket of globally relevant sovereign currencies. This basket is yet to be specified and no parallel is drawn to the basket underlying the IMF’s special drawing rights. Presumably, about two thirds of the basket will consist of US dollars, or US Treasury bonds, respectively.

Facebook will not go it alone, but wants to muster a consortium of 100 financial, technology, internet and sales companies, constituting the Libra Association based in Geneva. Applicants are expected to have a market capitalisation of at least one billion dollars or over 20 million customers. Becoming a member includes making an entrance payment of 10 million dollars. So far, 28 companies have become members, among them Visa, Mastercard, PayPal, Stripe, PayU, a number of venture capital firms, Coinbase, Vodafone, Spotify, eBay and Uber. Facebook itself will be represented by a newly established subsidiary named Calibra, having one vote as any other member.

Libra units will be issued by way of coin offering, that is, users buy Libra against payments made in sovereign currencies. The Libra Reserve promises reconversion of the Libras it has issued at any time. The paid-up money will be held partly as a liquid money reserve and partly in sovereign bonds and perhaps other securities. The money is managed by a special body, the Libra Reserve, sort of central Libra bank in spe.

From this angle, the Libra Reserve is like a 100% asset-backed narrow bank. Libra can also be likened to a mutual money market fund (MMF) whose shares are used as a deposit-like means of payment. The Libra is also similar to e-money which according to EU regulations is defined as a means of payment sold against a reserve of other monies and used in payments to third parties. E-money, however, is denominated in a national currency, while crypto tokens represent private commercial currency denominations of their own.

In comparison to a bank, MMFs and even less regulated e-money, crypto tokens, including the Libra, are not regulated at all. Not yet. By locating the Association in Switzerland, the Libra may circumvent other kinds of regulation, for example the US Bank Holding Company Acts of 1956 and 1970 prohibiting banks from being active in a non-financial commercial business.

The paid-up ‘reserves’ are likely to consist of bankmoney rather than fully valid legal tender in the form of central bank reserves. Either way, the Libra White Book suggests full asset-backing by such monies, or securities bought with them. The Association remains free, however, to switch to a fractional asset base, particularly if it were to enter into pro-active lending and investment activities paid for with self-created Libras, much as banks do by paying for their assets acquired from bon-banks with self-created bankmoney. The Libra, Libra Reserve and Libra Association would then, however, become subject to banking regulation.