Looking at our planet, we see that it is mostly water.

So why are so many politicians, scientists, public officials in hundreds of global conferences all warning of a “Water Crisis”? These alarms are really just focused on the planet’s 3% of freshwater, ignoring the abundant 97% of our planet’s saltwater. The broad assumption in most of these alarms is that 97% of saltwater is no use for the everyday needs of humans. So all these alarms warn of shrinking food supplies, rising hunger, malnutrition, dwindling drinking water, as taps almost ran dry in some cities, including Cape Town, South Africa in 2019.

Indeed, the global climate effects of water-related disasters: floods, melting icebergs, hurricanes, droughts, dropping groundwater tables and rising sea levels have highlighted humanity’s reliance on our planet’s 3% of freshwater for all our food supplies. Worse, much of this precious freshwater is wasted and becoming more polluted. Public water is privatized by corporations and bottlers of soft drinks, as Maude Barlow describes in Whose Water Is It, Anyway? (2019). So we need to examine these issues and why our entire global food system ended up relying on only 3% of the planet’s abundant water.

For centuries, agriculture developed relying on the most available crops: rice, wheat, corn, soy, and harvesting fruits, vegetables all growing on freshwater. All these food plants requiring freshwater are called glycophytes. The other half of Earth’s plant species are the hundreds of other nutritious crops flourishing on saltwater, known as halophytes. In Green Money Journal, Desert-Greening: The Next Big Thing For Green Investors (2014) and Global Transition to Halophyte Agriculture (2018), I predicted that investors would discover these foods. Today, they still lag other plant-based foods and beverages now in supermarkets. NASA Chief Scientist Dennis Bushnell states: “The opportunity has now arrived to use what we now do not use: saltwater, wastelands, and a wholly different plant genus: halophytes”. 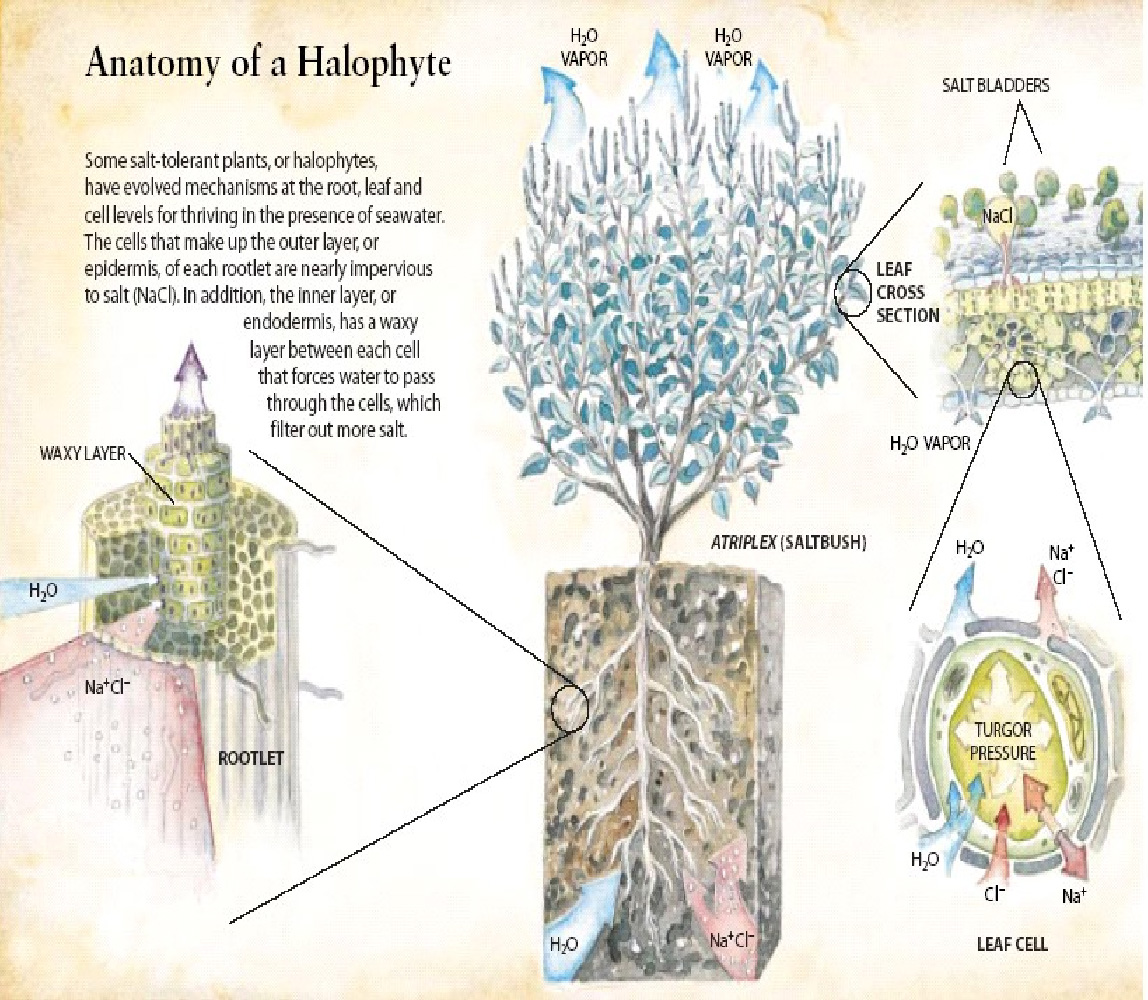 (Anatomy of a Halophyte © Scientific American)

These salt-loving plants thrive in 22 countries worldwide in degraded, unused, brackish lands and saline soils, without fertilizers or pesticides and eaten by many people for centuries (e.g. quinoa, Salicornia, salt-tolerant rice), which we cover in our TV program Investing in Saltwater Agriculture with NASA Chief Scientist Bushnell. They are highly nutritious, many with complete proteins and minerals humans need. Their long roots also capture CO2 from the air and return it to enrich soils, often more efficiently than other costly technical methods proposed today. Indigenous peoples rely on such naturally growing food crops, along with wild plants and tree crops, (e.g., coconuts and jackfruit) in many regions and rural areas outside of market systems and the global economy. So just as there is no shortage of water, there is no shortage of food in this world, as many experts attest! 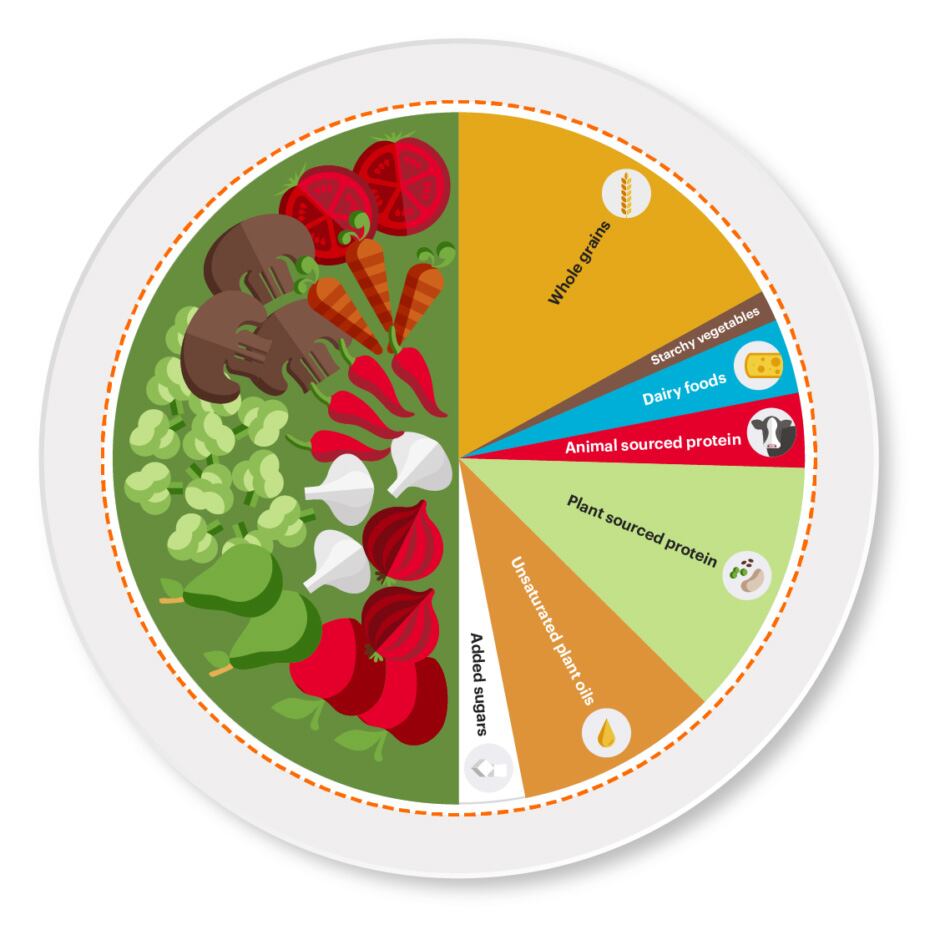 So what went wrong and how did we humans end up with a global food crisis, 820 million hungry people and shortages of freshwater? Because multiple other sources of food are overlooked and conventional agriculture grew into ever larger operations. Domestication of animals for meat, milk, cheese, and eggs now dominates in factory-farming and food production. Today, these companies have morphed into massive-scale, global industrialized agriculture, requiring 40% of the planet’s land area and 70% freshwater use. They require costly inputs of fertilizers, pesticides, and antibiotics to accelerate animals’ growth and prevent disease among factory-raised pigs and chickens. Cows require 26 pounds of feed and 1800 gallons of water for every pound of edible beef.

All these foods have become monetized and turned into commodities for global markets, traders, and speculators. As I stress in Fixing The Money Meme, markets and money are useful inventions and appropriate tools in human development for centuries, as documented by anthropologists. Economist Karl Polanyi describes in his Primitive, Archaic and Modern Economics, (1968) the traditional trading by Polynesians in canoes between islands, using shells as money. We need to learn where markets work best and where societies’ traditional rules operate to equitably share and exchange resources in commons, documented by Elinor Ostrom in Governing The Commons (1990) and New Markets and New Commons (Henderson, Elsevier Science,1995).

So food systems have been financialized, along with many other commodities in international trade. This financialization process grew after the trend toward globalization went into high gear in the 1980s, promising that market forces and privatization would lead to new prosperity. Local agriculture, indigenous farming communities were absorbed or sidelined by these market forces. Self-sufficient families became ever more dependent on faraway investors and corporations. Traditional sharing of common resources in many communities and societies became steamrollered by powerful market forces and overtaken by investors seeking profits and giant pension funds providing retirees’ incomes in rich countries.

Formerly stable food systems and local production of food for local markets and sharing fell before this global agro-chemical industrial system. Food crops were sidelined to grow flowers for rich consumers. Forests are cleared in Brazil, Indonesia, and many other countries to pasture cattle. Agricultural land that could feed humans is devoted to growing fodder crops to feed these animals for slaughter, as meat diets grew in rich countries. Today, these cattle herds produce 15% of the world’s greenhouse gases. Such excessive meat-diets are causing health problems in human societies, along with excessive use of sugar and refined carbohydrates in industrially produced junk foods, which may need to be taxed. 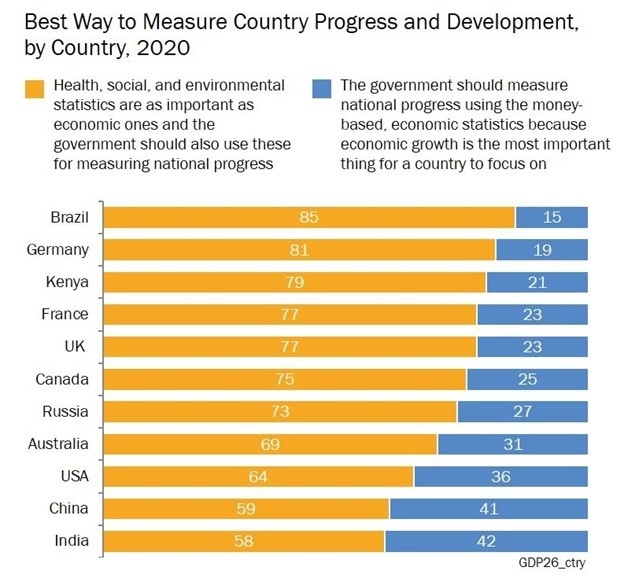 Similarly, global agriculture and food systems are also measured and steered with these official GDP metrics. We are now witnessing backlashes from ignored sectors as people in many countries oppose various corporate and government elites and what they see as “crony capitalism”. In the global food sector, the food that farmers produce is traded in global commodity markets with bouncing currencies and up to one third is wasted by post-harvest losses in storage and distribution. Multiple unacknowledged new risks of climate change have led to speculative excesses which have caused high prices, exacerbating hunger and poverty as documented by the New England Complex Systems Institute (Summer 2015).

This financialized food system focused on profits for investors, while their asset managers often ignore all these social and environmental impacts and costs to others and future generations. In our Green Transition Scoreboard ® Ending Externalities: Full-Spectrum Accounting Facilitating Global Transition Management (2016) we call for banning this “externalizing” of social costs from all government and company balance sheets, as accounting fraud. If all such cost is fully accounted and internalized, many companies would be seen as unprofitable as discovered in a recent United Nations (UN) report. Thus, many market failures we see today would have been prevented with honest accounting. The most obvious failure is that of the climate crisis, now acknowledged by former World Bank economist Nicholas Stern as the world’s largest market failure (Stern, 2006). The global food system is a similar global market failure and reform begins with wider recognition of this fact. Hunger and malnutrition are rising for 250 million people worldwide, exacerbated by the Coronavirus pandemic, where even in the USA, some 40,000 people line up daily at food banks. (New York Times, June 12, 2020).

Recognition of market failures leads logically to unwinding the over-centralizing effect of financialization: limiting of global food trading as mere monetized commodities. We need to shelter and subsidize smaller-scale farmers for providing public benefits: ecologically-sound, renewable forms of local agriculture. This kind of public service not only renews soils and diversifies crops, but also captures CO2 and stores it in richer soils and biomass. Helping protect farmers’ local crops for the village and regional-based storing, trading and exchange in local markets is another public good, such as described by GrainPro‘s Corporate Sustainability Alignment (for full disclosure I am an investor in GrainPro).

As with so many other market failures, in healthcare, education, child-care and environmental protection, it turns out that economist E.F. Schumacher was right in his best-seller Small Is Beautiful (1973). The financial crisis of 2008 showed that over-centralized banks and collective adoption of similar algorithms for assessing risk, e.g. Value-at Risk software, created systemic risks across the entire financial market. Economist Nassim Nicholas Taleb, in his The Black Swan, (2007) conforms with my analysis in Viewing the New Economy from Diverse Forecasting Perspectives Elsevier Science, FUTURES (1998). If systems are over-centralized, they become monopolistic and rigid, vulnerable to such systemic risks, and affect whole societies. Thus they should be broken up, including Facebook, Google, Amazon platform monopolies as described in Steering Social Media Toward Sanity.

Unwinding our global food system begins with higher global standards and accounting reforms, along with curbing trading by full use of financial transaction taxes of 1% or less, proposed by economists James Tobin, Lawrence Summers (1987) and Henderson and Kay in Foreign Exchange Transaction Reporting System, FUTURES, 1996). This small tax could provide large funds for restoring sustainable agriculture, buffer stocks and other public infrastructure. Global buffer stocks can be expanded to blunt speculation and protect vital food from market forces. Such buffer stocks are also needed at the regional and local levels to secure vital foods from speculation and wild price swings. As with so many other sectors of our globalized economies, our precious food systems and the forests and biodiversity that sustain them, must be ring-fenced from investors and profit-maximizers. As mentioned, there is nothing wrong with markets or money! We need to clarify where these powerful tools work best and where they lead in many sectors to market failures. Economists often rely on obsolete textbook theoretical models, clothed in dubious mathematics which do not work in the real world.

Today, we can best overcome the market failures in our global food systems by expanding beyond their reliance on the planet’s 3%of dwindling freshwater. Investing more heavily can bring to markets all the overlooked, diverse new plant foods described earlier, including those grown on abundant saltwater. Opportunities are documented in our Green Transition Scoreboard® reports, Capturing CO2 While Improving Human Nutrition & Health (2018) and Transitioning to Science-Based Investing (2019-2020), as well as covering the over 150 start-up companies in the double-digit global growth of markets for plant-based foods and beverages. We also recommend the research of our colleagues at FAIRR, the global consortium of investment groups funding these start-ups, as well as monitoring the social impacts of the big meat-producers, and fish aquaculture operations according to the criteria of the UN’s Sustainable Development Goals (SDGs). Like our team at Ethical Markets, FAIRR’s consortium of investors, with a total of $26 trillion of assets under management, are animal rights advocates, vegetarians and vegans. We also follow the research of the Good Food Institute, which tracks the progress of plant-based protein foods, beverages, as well as stem cell-grown meats to replace that from factory-raised livestock.

We also cover the growth of insect-based foods, which 2 billion people on Earth have always eaten, with their high protein content and ease of harvesting. We found insects widely used in animal feed, pet food and as flour ingredients in many foods, now echoed in The Economist’s World in 2021, New on the Menu: Get ready to tuck in on insects and lab-grown meat, Dec 2020, p.139. These immense overlooked opportunities can, within the IPCC’s ten-year window, save much of the planet’s 3% freshwater for human drinking and washing, and continue irrigating the glycophyte plant foods we enjoy today. We will enjoy savoring the delicious halophyte foods beyond today’s popular quinoa in supermarkets.

This shift to food abundance will be resisted by many incumbent corporations and marketers of junk foods. Yet we have predicted that this shift of investments now occurring from unsustainable, unhealthy diets to healthier plant-based protein foods is inevitable. Once today’s market failures are acknowledged, the cognitive bias of theory-induced blindness described by Daniel Kahneman in Thinking Fast and Slow (2016) will be lifted and these readily-available opportunities will become visible. This future plant-protein rich global food system was predicted by Frances Moore Lappe in Diet for a Small Planet, (1970) and her perennial best-seller enjoyed a revival on its 50th anniversary in 2020. The next decade will see societies steering beyond GDP towards the SDGs, adopted in 2015 by 193 members of the UN and discussed in Global Leadership for the 21st Century, Dec 15-16, 2020 on the UN’s 75th anniversary.