Symbiotic relationships in nature could show business the key to collaboration. 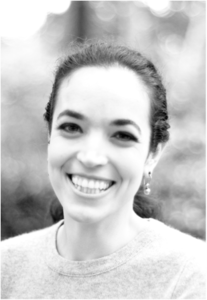 One of the most recent and startling headlines on climate change is the expected repercussions from the potential release of 50 gigatonnes of Arctic Methane from the Eastern Siberian permacrust, which could ring up a price tag of $60 billion.

Footing the Bill for Climate Change

Belief in the existence of climate change, the 97 percent consensus or the shocking photographic proof provided by films like Chasing Ice aside, looking at it from a price tag standpoint seems to be replacing the debate on the ‘trend’s’ existence, and therefore, shifting the focus from an effective response to who is going to foot the bill.

The implication of this is huge but the solution can be simple.

This melting implies global sea level rises that will have direct personal and economic impact on all those living or conducting business within distance of a river or sea. This melting is also occurring during one of the most profound migratory periods in human history, where themajority of the global population now resides in cities as of 2008, and is set to swell to five billion by 2030.

As we cross that tipping point, so goes the rise of mega cities. Given that urban clusters revolve around ports, and that their positioning enables their income generating abilities, it is clear how integrally

economy, ecology and the rising tides are interconnected.

This intimately connected web is part of the very nature of the ecosystem itself, which includes the economic system as well as the study of ecology on which these principles are defined. The fields of study themselves all have the same root: eco, originating from the Greek word oikos: home.

Believing in a Whole Systems Approach

In the simple terms – whether we call it Deep Ecology or the whole system – of our solution, the (r)evolution includes everyone, or we don’t have one.

Yet, the world’s permacrust continues to thaw and we’ve got to somehow feed seven billion people while a mass transition continues globally from villages to cities in search of work, food and shelter. And since those cities are often built on ports wherethe sea levels may rise significantly and make life potentially untenable, a whole systems approach seems to emerge as the most sustainable, obvious, easy and hopeful next step.

The solution, despite all of these complex systems, however, lies right in front of our noses.

Were we to operate like a collaborative eco-system, we can create new systems to replace the old while transforming the very institutions that are currently blocking the potentiality of this brave new world. What does this system of integration and co-creation look like in action?

Symbiosis & the End of ‘Thoughting’

Let’s look at nature first as the guiding reality. An easy example is a mushroom at the root of a tree.

The mushroom doesn’t ask the tree to symbiotically feed off of it, nor does it dominate its food source, the tree, for its own gain. They both thrive and neither need protect the other nor ask permission for their survival. Symbiosis.

Can’t we find numerous such examples where neither entity externalizes its costs (of living) onto the other entity? Then there is the exact opposite logic: like Monsanto’s recent purchase of Blackwater.

So what’s the solution?

There is no silver bullet. Social or green enterprise is but a tactic to transform markets to serve people and planet, as well as make a financial gain. What’s needed is real radical systems reform and transformation from the root level, to give rise to what Carol Sanford calls Regenerative Capitalism. That root begins with us, the end of ‘Thoughting’, as she puts it. The

implementation is to use the root of the problem as the soil of the solution.

One such lever for social and environmental change is the cooperative business model, where a company or organization can include everyone from its founders to its members and customers as co-owners. Approaching this from a deep ecological point of view, the cooperative business model operates like the forest ecosystem, where everything from the mushroom to the tree and every strand in between, plays an integrated part, symbiotically.

And just like the insidious climate change that is hiding in plain site, so are some cooperatives that are truly thriving from this model as a whole new wave of new cooperatives sweeps the enterprise sector toward a shared economy.

Of course, the collaborative and sharing economy have been on the map for a while, but TheNew York Times’ Thomas Friedman’s recent write up seems to herald a new era of shifting tides. Small local restaurants such as New Moon Cafe cooperative in Olympia, WA, and Colors restaurant in New York City, or Zingerman’s community owned restaurants and businesses in Ann Arbor, MI, are choosing to go cooperative.

The UN celebrating 2012 as the year of international cooperatives marked a significant catalyst change. Those with regional and domain expertise such as Executive Director Diane Gasaway of Northwest Cooperative Development Center, who guides new cooperatives into operation, and is on the forefront of this shift, says the value of the industry sector itself is growing. The overall value of the U.K.-based cooperative sector has, for example, risen by 20 percent, and it turns out, cooperatives not only make great profits for their members, they also make happy employees.

On the macro scale, though cooperatives are not new, they are not old fashioned.

They are big businesses doing big stuff in the world – REI, StonyField Farms and Mondragon out of Spain, are all large-scale businesses that are operating in a cooperative model, and thriving.

They are the reason I have hope. Were we all to cooperate and collaborate for all of our mutual benefits, we’ve got this It’s a big shift. But we’re ready.