Carbon bubble will plunge the world into another financial crisis – report

Trillions of dollars at risk as stock markets inflate value of fossil fuels that may have to remain buried forever, experts warn 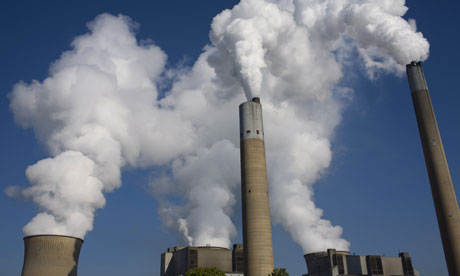 The world could be heading for a major economic crisis as stock markets inflate an investment bubble in fossil fuels to the tune of trillions of dollars, according to leading economists.

“The financial crisis has shown what happens when risks accumulate unnoticed,” said Lord (Nicholas) Stern, a professor at the London School of Economics. He said the risk was “very big indeed” and that almost all investors and regulators were failing to address it.

The so-called “carbon bubble” is the result of an over-valuation of oil,coal and gas reserves held by fossil fuel companies. According to a report published on Friday, at least two-thirds of these reserves will have to remain underground if the world is to meet existing internationally agreed targets to avoid the threshold for “dangerous” climate change. If the agreements hold, these reserves will be in effect unburnable and so worthless – leading to massive market losses. But the stock markets are betting on countries’ inaction on climate change.